This past week witness the Malawi Supreme Court nullify the 2019 Tripartite (general) election after the court flagged flouting of electoral procedure which it deemed constitutional, a sweet victory for the Malawi opposition and interest groups who had protested against Peter Mutharika’s win. A couple of days later, the Namibia Supreme Court upheld the November General election results, even though the court noted electoral procedure was unconstitutional but questioned if it affected the quality of the vote.

During elections the courts play the role of arbiter, many countries in Africa either through legislation or the constitution empowers the judiciary to handle electoral disputes. African elections are very heated and the courts step in to avert catastrophe, as well as keep up international best practices in line with tenets of democracy. There have always election issues brought before the courts, but what has seemed to have changed is how independent the decisions of courts have been, and the power the respective judges have in shaping the electoral landscape. Could the perception of a captured judiciary be slowly melting away?

The bold decision made by the Malawi court is the not first of such decisions with the first in recent memory being in September 2017,when the Kenya’s Constitutional Court called for an election redo, after it said how the election was done was unconstitutional. There was ululation across the family of opposition parties who sided with Kenya’s opposition led by Raila Odinga. This was viewed as a win for democracy in the continent. Uhuru Kenyatta had initially won the election but how it was done left the court no choice but to call for another election.

That Kenyan fairy tale didn’t go according to plan for the opposition who actually ended up boycotting the new poll altogether. The courts accepted the election results of the new poll, which Uhuru Kenyatta won (again), saying that all the issues they had raised in the first round of polls were addressed. The opposition said the fresh election was as ill prepared as the first and decided to stay away.

The Namibia election in November 2019 was forecast to be a bloodbath for the ruling SWAPO party, as weeks before a fish scandal which sucked in top government officials, making the electorate angry and punishing the ruling party at the polls. Namibia’s electoral body had prided itself as being one of the first countries on the continent to run a fully electronic election. The electronic voting machines (EVM) were malfunctioning while some polling stations were opened 12 hours later, with the last straw being a 3 delay in announcing election results

The Namibia Supreme presided over the opposition’s challenge of the poll and the court did acknowledge the flaws of the responsible ministry of Home Affairs, but were not so sure the issues if the issues of the EVM affected the quality of the vote. A sigh of relief for the ruling party, but a not so good verdict for the opposition, all the same the court lambasting the government’s mishandling of elections is a departure from the norm.

Francophone West African nation of Guinea Bissau had the Supreme courts call for the electoral body to verify the December 2019 run-off vote. Cissoko Embalo a former Prime Minister upset majority party candidate who was also a former Domingo Pereira beating 54 to 46 percent, a defeat the majority parliament party couldn’t take after Pereira had won the first round of the vote in October 2019. Initially the High court threw out Pereira’s electoral challenge saying it was not procedural, later it then ordered for the electoral commission to verify the vote. The verification was done and former army man Embalo was declared President. This was the first power transfer in the nation which was bloodless or that didn’t come through a coup.

In Zimbabwe, the first ever televised electoral challenge lodged by the opposition MDC Alliance led by Nelson Chamisa took place after the hotly contested 2018 election which saw Emmerson Mnangagwa declared winner of the poll. The opposition accused the ruling ZANU PF of manipulating the polls together the electoral body, citing that results were changed 3 times. The Constitutional Court ruled that Mnangagwa was the winner, due to the lack of evidence that the opposition brought to the court. In 2002, the MDC again brought a challenge to the Supreme Court but judgment on that case was reserved, and 18 years later the court’s determination on that matter is not known.

In the cases above, the courts have a major role to play in elections in their rulings. This has prompted government critics to point out the need of a truly independent judiciary, while ironically governments such in Zimbabwe want to pass legislation to ensure those who serve on Constitutional Court Bench are privately chosen by the President.

More fireworks are expected across the continent which will be having at least 9 elections this year, and the judiciary is expected to be called on when there is a dispute. Already, Botswana’s opposition are also going to contest the October 2019 election which saw President Mokweetsi Masisi win. In Malawi the nullification of the election result has opened a flood gate as losing candidates are now preparing to contest council and legislature elections that also took place at the May 2019 general election.

The judiciary is in a precarious position in plebiscites across Africa, with its decisions often times viewed as pro-government. However with this new found growth in democracy, most likely fuelled by the thirst for foreign direct investments, courts won’t just rubber stamp an election result, they now can decide either way. Even if judges don’t determine what happens in the polling booth, they have a heavy bearing on what happens after. 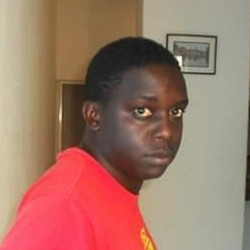